How does an author establish mood in a story? The mood of a story develops out of multiple story elements: Setting, description, dialogue, and pacing. Read a definition of mood in literature, then 6 simple tips to craft your own novel’s mood and atmosphere better:

What is the definition of mood in literature?

‘Mood’ in literature is the atmosphere or pervasive tone of a piece of writing.

A short story is more likely to have a single, unifying mood (as in the eerie, dark stories of Edgar Allan Poe). Novels, by virtue of being longer, tend to pass through multiple moods as narrative tension increases or decreases.

Mood as a literary term refers to ‘the prevailing atmosphere or emotional aura of a word [or narrative]’, whereas mood in grammar describes the different forms of verbs (subjunctive, indicative and imperative) that convey a speaker’s attitude.

So how do you strengthen mood in a story?

1: Use setting to build your story’s mood

Setting is a core ingredient of mood in storytelling. Where your story is set and how each scene looks, smells and sounds builds a specific atmosphere.

In Charles Dickens’ Great Expectations, for example, Dickens conveys a mood of despair and decay in how he describes the eccentric Miss Havisham’s home.

Example of using setting in a story to build mood: Miss Havisham’s house in Great Expectations

We first encounter Havisham’s home as a rumour, when the narrator says:

The description of a single ‘grim’ lady living in a ‘large and dismal house barricaded against robbers’ establishes the mood. It is a bleak, lonely place where Miss H’s seclusion fosters paranoia.

Later on, when Pip first arrives at Miss Havisham’s house, he describes it as ‘of old brick, and dismal’, saying it ‘had a great many iron bars to it.’ Pip continues:

Some of the windows had been walled up; of those that remained, all the lower were rustily barred […] While we waited at the gate, I peeped […] and saw that at the side of the house there was a large brewery. No brewing was going on in it, and none seemed to have gone on for a long long time.

Dickens steadily creates a dark mood of decay and disuse. It is almost haunted in atmosphere. This continues when Pip gets inside:

The first thing I noticed was, that the passages were all dark, and that she had left a candle burning there. She took it up, and we went through more passages and up a staircase, and still it was all dark, and only the candle lighted us.

By describing both the outside and interior of the house in terms of ghostly, shadowy abandonment, Dickens creates a gothic mood and atmosphere.

Dickens’ description of Havisham’s  house is a good example of mood in literature and how you can use mood effectively in your own writing. 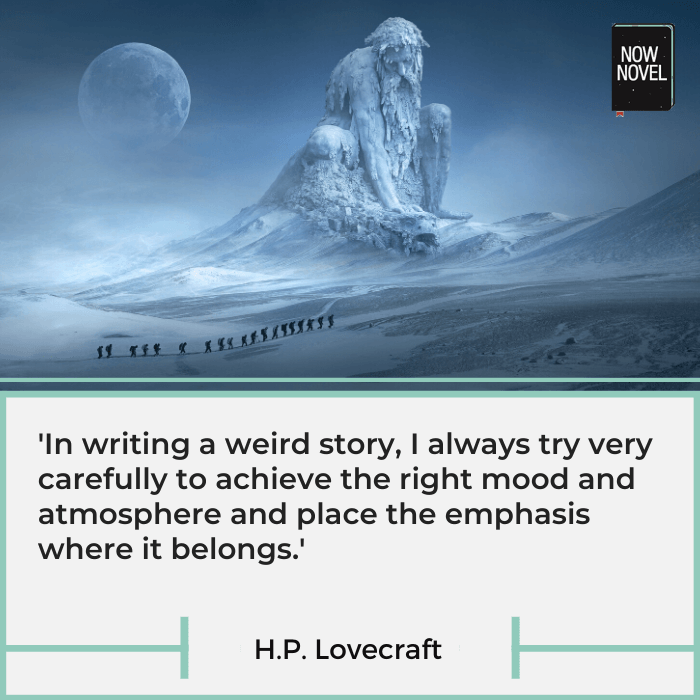 What are ‘mood words’? They’re descriptive words such as adjectives and descriptive verbs that help establish atmosphere.

For example, compare the mood created by the nondescript word ‘walk’ versus the word ‘tiptoe’:

A walking character could be moving in countless ways. A tiptoeing character immediately conjures the idea of stealth. It conveys a sense of sound – how loudly your character is walking. It also conveys your character’s mental state and the overarching mood of your setting (the hush of a house where everyone has gone to bed, for example).

Your character could tiptoe because:

A good mood word casts a spell over an entire scene. A character starts to ‘tiptoe’ instead of ‘walk’ and suddenly the reader’s attention is laser-focused on each movement and sound description.

If you want to create a heightened sense of suspense or fear in a scene, make a mood word list you can use. For example, you can create a creepy mood in an old, dilapidated house by describing sounds that suggest eerie presence. For example:

Similarly, making a character tiptoe, creep or inch through a house immediately casts a mood over the setting. We anticipate another person or a situation that necessitates cautious movement. Mood is thus created as much as by how a character responds to their surrounds as by details in the setting itself.

Dialogue between characters is another story device you can use to create a stronger mood. In Great Expectations, Dickens continues the dark and Gothic mood of Havisham’s house when Pip finally encounters the eccentric herself:

“Look at me,” said Miss Havisham. “You are not afraid of a woman who has never seen the sun since you were born?”
I regret to state that I was not afraid of telling the enormous lie comprehended in the answer “No.”
“Do you know what I touch here?” she said, laying her hands, one upon the other, on her left side.
“Yes, ma’am.” (It made me think of the young man.)
“What do I touch?”
“Your heart.”
“Broken!”
She uttered the word with an eager look, and with strong emphasis, and with a weird smile that had a kind of boast in it.

Dickens’ dialogue conveys eerie mood and a sense of Miss Havisham’s theatrical despair. The dialogue is a natural continuation of the mood evoked through setting description.

Think of how setting, dialogue and mood relate to each other. For example, if your characters are in a loud, crowded nightclub, it will alter the way they speak.

If the mood of your setting is vibrant, pulsing with life, think of ways your characters’ dialogue can add to and enhance this atmosphere. Are there interruptions? Moments where they have to shout above the din? Places where the world outside goes quiet?

How you pace your narrative also affects your story’s mood.

In a scene of high suspense or tension, shorter sentences make everything move faster.

For example, in Raymond Carver’s short story ‘The Bath’ (from What We Talk about When We Talk about Love), after a boy is knocked down by a car, a mood of anxiety as well as numb disbelief in the hospital builds through clipped, short sentences:

Raymond Carver, ‘The Bath’, in What We Talk about When We Talk About Love, p. 49.

Similarly, match the pace of your sentences, the simplicity or complexity of their construction, to the mood you want to convey. 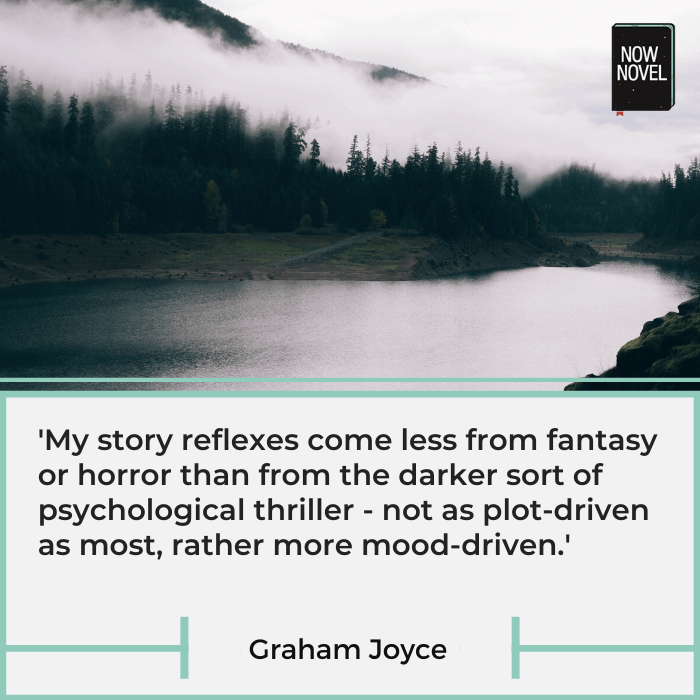 6: Show rather than tell characters’ emotions

One way to kill mood is by telling the reader your character’s emotions. Take this sentence, for example:

She felt happy the job interview had gone well and was looking forward to hearing back from the company.

An alternative to the above example:

She almost danced to the car once she was clear of the building, giddy over her interviewer’s enthusiasm. All that week and the next, she checked her email and phone religiously, expecting a follow-up.

There is a clearer distinction between the mood of being in the building where the interview takes place and being free of it. The character’s movement and actions convey mood stronger, too.

There will be points in your novel where you don’t need to enrich the scene with additional mood, yet for key emotional points, the tips above will help you create strong atmosphere.

Want to develop a mood to match your story idea? Use the Now Novel dashboard to outline your story in easy steps, and the World Builder to outline scene locations and your story’s wider world. Then use our Google Docs writing add-on to view your outline alongside your draft.

The post Creating the mood of a story: 6 tips for strong atmosphere appeared first on Now Novel.