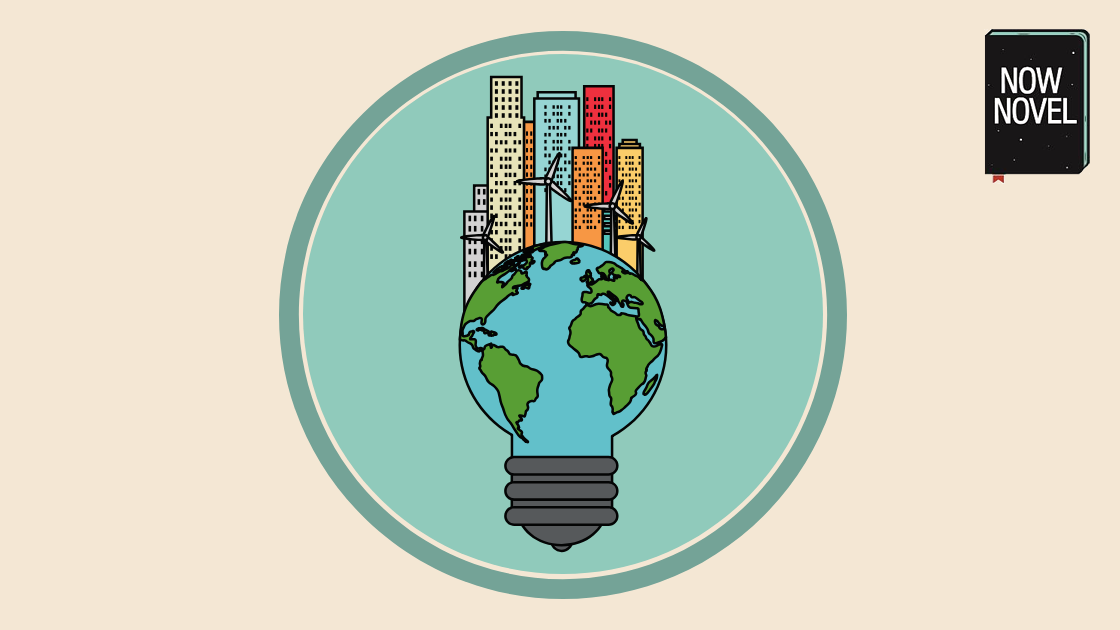 World building tips often focus on fantastical genres such as fantasy and sci-fi, because they involve creating worlds different to our own. It’s important to create immersive, interesting and believable settings, whatever your genre. To build a detailed world, one to rival Westeros, Hogwarts (or Dickens’ London), use these world building tips:

1: Create a summary of world building details to include

Famous fantasy authors’ worlds are widely adored because there is detail and specificity that makes them feel real. Film-makers have an easier task of bringing places like Tolkien’s Mordor and Rowling’s Hogwarts School to life thanks to their creators’ rich description and imagination.

Legions of younger and older readers fell in love with Rowling’s Hogwarts, for example, because they could imagine her setting to its borders. From the castle’s dining hall with its long tables and floating candles to its outer, more dangerous limits. The nearby ‘Forbidden Forest’, for example, or the menacing vegetation and grounds where characters fear the wild, flailing tree Rowling names the ‘Whomping Willow’.

Great fictional worlds, like this one, have contrasts, details, atmospheres. The vaults of Rowling’s crypt-like bank, Gringotts, for example, have a different tone and mood to her student-filled castle.

Create a summary of details you want to include in your novel’s world. Whether you’re evoking a magical setting like Hogwarts or a real one like modern-day Paris, this will create the scope of your setting.

[You can brainstorm the above details and create large-, mid- and small-scale settings in the Now Novel World Builder. Each setting you create is automatically added to your private outline in your story dashboard. Try the tool now.]

2: Give your fictional world vivid contrasts

World building tips often stick to making your world believable. Yet believable is not the same as uniform. Every world (including our own) has surprising differences from place to place. There are many cities where rich and poor live in radically different circumstances, separated by only a highway, for example.

Think about the contrasts you might create in your fictional world. What contrasts would serve your story? Imagine a novel about a young girl who fights an authoritarian government, for example. The side of the highway she comes from will determine, to some extent, what tools she has to arm her resistance. Setting shapes our backstories.

Tolkien’s Middle-earth gives us many examples of how effective contrast is in world building. The Hobbits’ homeland, the Shire, is a world of local homeliness. Compare this to Tolkien’s un-homely Mordor, the villain’s base. Here, sulfurous pits and jagged peaks threaten travelers.

The contrasts in Tolkien’s world create additional obstacles for characters. The closer they get to Mordor’s corrupt heartland, the more corruptible members of Frodo and Gandalf’s party become, too, resulting in small betrayals. Setting actively shapes characters’ behaviour along with tone and mood.

Contrasting zones in world building is thus useful, whatever your genre. In a romance novel, for example, lovers on an exotic vacation might find an idyllic world that helps them bond, away from the city’s chaos. Alternatively, they might have a holiday from hell. Neither speaks the local language, and everything goes wrong.

As you build your world, think how you can make your settings active players in characters options, choices, goals and fears.

A great name conveys the mood of a place. Tolkien’s world is full of names that convey the tone and mood of the places they describe. ‘The Shire’ has a soft assonance, fitting a world of green pastures. It has echoes of ‘Ireland’ or many a British rural town.

The fantasy novels of Sir Terry Pratchett yield great examples of compelling place names. For example, ‘Discworld’. This name literally describes a core physical feature. It resembles the ‘flat Earth’ people once thought Earth itself was.

Discworld is also balanced on the backs of four elephants which in turn stand on the back of a giant turtle, the Great A’Tuin. Thus Pratchett gives a literal name to a setting that is absurd and imaginative, so there is contrast between the simplicity of the name and the complexity of its features. It’s this combining of the mundane and literal with the wildly imaginative that gives many of Pratchett’s novels their sly, dry, satirical humour.

When you brainstorm names for places in your world building, think about:

4: Avoid focusing only on large-scale details

Part of why we focused on creating mid-scale and small-scale setting too in the Now Novel World Builder tool is that detail is an important element of setting. What does a character’s home look and smell like? What is this street like in the morning? And at night?

Create a sense of the broader social and historical forces at work in your story, but don’t neglect the details that give us a sensory feeling of place.

Remember to include small-scale details about your world and its ways, where relevant to the story. Think about what characters in the different locations of your story wear and eat. How do their speech patterns, slang, or cultural customs differ? A naval town, for example, will likely feature fresh seafood strongly on the menu. It’s small details like these that reveal a world so that we the reader say ‘that makes complete sense’ (or ‘Wow, that’s surprising!’).

5: Use the senses to show your world through characters’ eyes

One way to bring your fictional world to life is to use sense description. Simply describing what a character sees, to start with, can bring a larger setting to life.

‘Tokyo is so up close you cannot always see it. No distances. Everything is over your head – dentists, kindergartens, dance studios. Even the roads and walkways are up on murky stilts. Venice with the water drained away.’

The description effectively shows us defining features of the inner city – it’s closeness, claustrophobia and height. This sense of multiple levels is also important for Mitchell’s world building. We will later see his protagonist stumble across different levels in the city, from the ‘above ground’ world of love interests and missing fathers to the dangerous mob-ridden underworld of Tokyo that Eiji is eventually drawn into on his quest.

Later, Mitchell uses other senses – sound, smell – to deepen his world. Here, for example, he describes the same scene after a typhoon:

‘One hour later and the Kita Street/Omekaido Avenue intersection is a churning confluence of lawless rivers. The rain is incredible. Even on Yakushima, we never get rain this heavy. The holiday atmosphere has died, and the customers are doom-laden… Outside […] a family of six huddles on a taxi roof. A baby wails and will not shut up.’

As Mitchell progresses through the story, he paints a clear sense of his character’s world by describing its changing moods, atmospheres, and weathers.

Create a more compelling world for your novel. Use ‘Core Setting’ and the Word Builder in the story dashboard to brainstorm and connect, and create a breathtaking sense of place.